Coming into the 2021 offseason the Patriots had real uncertainty along the offensive line. Joe Thuney is likely wearing new colors next season, David Andrews is hitting free agency, Isaiah Wynn is coming off yet another injury in his early career, and there are questions about whether or not Marcus Cannon stays on the team with his high 2021 cap hit. Bill Belichick responded to some of those offensive line concerns on Tuesday morning by trading for Trent Brown. This will be Brown’s second stint with the Patriots.

Trade: Las Vegas Raiders send OT Trent Brown and a 2022 seventh-round pick in exchange for a 2022 fifth-round pick from the New England Patriots

Brown, the nearly 28-year-old monster-sized tackle, quickly grew disgruntled with his situation in Las Vegas, where he was only two seasons into the equally monster-sized four-year contract he signed during the 2019 offseason. After some injury concerns and Brown just plainly not meeting the expectations the Raiders had for him, Las Vegas decided to move on. The Raiders, like many others this offseason, being strapped for cash created some much-needed cap space with the trade. This will likely be a common trend across the NFL for many teams across the coming week and so on. However, thankfully, the Patriots are not one of those teams and had the flexibility to bring back a mauler in Brown to answer some of the looming offensive line questions.

Brown has since restructured his huge contract upon being traded back to New England. His new contract gives him a chance at making a maximum of $11 million this season. The deal is expected to include numerous incentives, thus the hit against the cap will likely be less than $11 million.

Where does he fit?

In Brown’s last tenure with New England, we saw him featured at left tackle, however, that season was largely an anomaly, as he has a long history of largely playing right tackle. He will most likely, at least in my view, play on the right side of the offensive line next season. However, because both Wynn and Michael Onwenu have experience playing at guard and tackle, Brown playing at right tackle is not a given.

If we had to guess, with Wynn having success at his left tackle spot last season, Onwenu being a natural guard in the first place, and Brown having plenty of experience on the right side, the offensive line could look like this next season:

This lineup has the potential to be absolutely mauling front sevens in the run game. The running back duo of Damien Harris and Sony Michel has a chance to combine for a very nice rushing attack next season. Plus, it sets up a conducive environment for an Erhardt-Perkins-style pocket passer (whoever that may be in 2021).

It’s also important to note that the Brown trade very well could spell the end of Cannon’s career with the Patriots. Unless Cannon were to take a pay cut to stay in New England in a backup role, which may not be the worst idea for both sides, Brown in, means Cannon out in one way or the other.

With Brown back in the picture, barring health concerns along the offensive line, the group should be a top-five unit. This would assume Andrews is re-signed. Sure, the Patriots will lose Thuney, but with Onwenu waiting in the wings he can now take control of that guard postion. Bottom line, this trade feels like a trade that will allow the Patriots to have another strong year from their offensive line.

The trade by the Patriots could also very well indicate how aggressive New England could look to be this offseason. In a year in which New England has a lot of money, but very few other teams do, Brown could be the first of many to agree to one-year deals in New England in order to hit the market again next offseason when the cap should theoretically be higher. This a win-win for the Patriots and any veterans that hope to sign short-term deals.

In terms of what Brown is capable of bringing to the Patriots in 2021 and the overall fit with the organization, to give up this little is a slam-dunk no-brainer. Again, the only concern is keeping Brown healthy and on the field. Even then, this trade is still no doubt worth the compensation and a good move by Belichick. 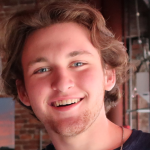 Winners and Losers from the Patriots Week 3 Victory